What is your weekend plan?

Melbourne being Australia’s second-largest city, is situated on the banks of the Yarra River near the entrance to Port Phillip Bay. From the hidden laneways and the gorgeous looking tree-lined streets, Melbourne is a vibrant and multicultural city. And of course, the art-lover in you will enjoy the Arts Centre which provides theatres and spaces including the State Theatre, Playhouse, Fairfax Theatre, plus the Hamer Hall and the Melbourne Symphony Orchestra.

Melbourne is known as the Marvellous Melbourne after the goldfields fuelled the boom in the 1850’s and it has plenty of reasons for that. It is a beautiful city to roam around and cherish the natural and human build beauty.

If you only have a weekend to explore Melbourne the five places you must visit in Melbourne include:

The Royal Botanic Gardens, Melbourne are internationally renowned botanical gardens. The gardens are located on Birdwood Avenue, near the centre of Melbourne, in the heart of green parkland extending south of the Yarra River. The Botanic Gardens was established in 1846, covering an area of 38 hectares of landscaped gardens with more than 50,000 plants including many rare species.

Located in between Corner Swanston Street and Flinders Street, Melbourne, Federation Square is a mixed-use development in the inner city of Melbourne, covering an area of 3.2 hectares and centred on two major public spaces: St. Paul’s Court and The Square, which are both open-air spaces and one covered, the Atrium.

The ultra-modern design sits in between other famous Victorian architectural buildings. Such as St Paul’s Cathedral and host’s more than 2,000 events annually. Opened in 2002 the Federation Square was created to commemorate 100 years of the federation and has over 80 million visitors annually.

The National Gallery of Victoria

Nearby the Melbourne and Federation Square, the National Gallery of Victoria, popularly known as NGV is the oldest public art gallery in Australia. Founded in 1861 the National Gallery is the largest and most visited art museum in Australia. This place holds more than 68,000 works of art in just two city locations. One of the highlights of the gallery is the large triptych format of The Pioneer by Frederick McCubbin.

If you are an art-lover there is no way that you will deny going to this place. It is situated on the banks of the Yarra River, a short stroll from Flinders Street Station. Otherwise culturally rich, the place is filled with indoor/outdoor cafés, restaurants, and live entertainment. Many companies including Opera Australia, The Australian Ballet and the Melbourne Symphony Orchestra often perform regularly.

The Skydeck at the Eureka Tower

Located at 7 Riverside Quay, Southbank, the Eueka Tower is named in recognition of The Eureka Stockade. The tower stands 91 stories above ground. The gold crown of the skyscraper and gold-plated windows add to the golden era theme which automatically sparkles as the sun catches the top.

The ‘Skydeck’ on the 88th floor is the highest public viewing platform and ‘The Edge’ is a glass cube that slides out three meters from the building for vertigo-free visitors and provides panoramic views across Melbourne and beyond. The Eureka Skydeck opens daily from 10 am – 10 pm with last entry being 9:30 pm.

Miki Barzig is an author/writer, a Marine Corps veteran and a perpetual student of art, journaling and life. She has written for several national and trade publications and continues to build her library with her own publications. 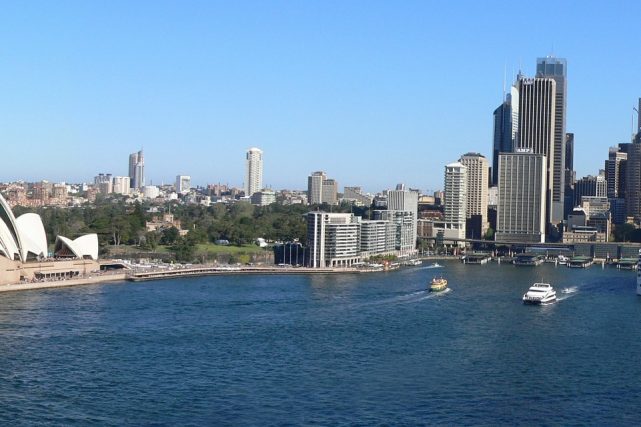