India is a vast country, therefore can be daunting when deciding on what highlights you would like to see from the country. The Taj Mahal will be a highlight for many, however, cultural and natural highlights can be discovered across the whole of the country including a visit to the Bandhavgarh National Park. Once a popular hunting ground for the Maharajas, it is now one of the last few tiger habitats in the world.

Other highlights of India include:

Goa Fair (carnival) - Heralds the carnival at Goa. For three days and nights, the streets come alive with colour. Held in mid-February the week-long event is a time for lively processions, floats, the strumming of guitars, graceful dances and non-stop festivity.

One of the more famous of the Indian Carnivals the Goa Festival is a complete sell-out in terms of tourism capacities.

Surajkund Mela - As spring glides in, full of warmth and vibrancy leaving the grey winter behind, Surajkund adorns itself with colourful traditional crafts of India. Craftsmen from all over the country assemble at Surajkund during the first fortnight of February to participate in the annual celebration known as the Surajkund Crafts Mela.

Holi - The Spring Festival of India, Holi - is a festival of colours. Celebrated in March or April according to the Hindu calendar, it was meant to welcome the spring and win the blessings of Gods for good harvests and fertility of the land.

As with all the Hindu festivals, there are many interesting legends attached to Holi, the most popular being that of Prince Prahlad, who was a devout follower of Lord Vishnu. It is the second most important festival of India after Diwali.

Holi in India is a festival of fun and frolic and has been associated with the immortal love of Krishna and Radha. The exuberance and the festivity of the season are remarkable.

Diwali - the festival of lights, illuminates the darkness of the New Year's moon, and strengthens our close friendships and knowledge, with a self-realisation. Diwali is celebrated on a nation-wide scale on Amavasya - the 15th day of the dark fortnight of the Hindu month of Ashwin, (Oct/Nov) every year.

It symbolizes that age-old culture of India which teaches to vanquish ignorance that subdues humanity and to drive away darkness that engulfs the light of knowledge. Diwali, the festival of lights even to-day in this modern world projects the rich and glorious past of India.

Pushkar Mela - Every November, the sleepy little township of Pushkar in Rajasthan, India comes alive with a riot of colours and a frenzied burst of activity during the Pushkar Fair. Very few, if at all any, fairs in the world can match the liveliness of Pushkar.

Most people associate the Pushkar Fair with the world's largest camel fair. But it is much more than that.

Depending on the area and terrain National Parks provide ample opportunities to the visitors to have a close encounter with the wilds. Indian National Parks have great variety and range of attractions and activities including the observation of their flora, avifauna, and aquafauna, or witnessing various wild creatures in their natural surroundings from on foot or a viewpoint riding upon an elephant or from inside a jeep.

Some of the best National Parks India has to offer include: 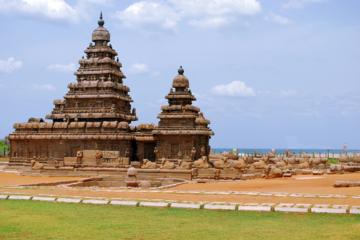 Private tour to Mahabalipuram from Chennai
From GBP 14

Join this private full-day tour to explore the history of Mahabalipuram, an important ancient port well known to the ancient Romans and Greeks. The group of monuments at Mahabalipuram has been classified as a UNESCO World Heritage Site and it is known as an area "considered to be of outstanding value to humanity". Mahabalipuram is today renowned the world over for its exquisite 6th century rock cut temples and intricate statues of stone. 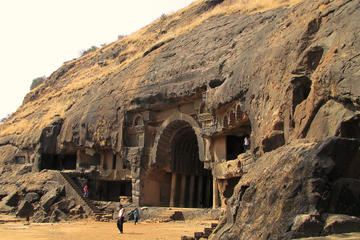 Kanheri Caves, Elephanta Caves or Karla and Bhaja Caves from Mumbai
From GBP 50

Journey back in time on this private tour from Mumbai to ancient Indian rock-cut caves. You have three cave options to choose from: the Kanheri Caves, the Elephanta Caves or both the Karla Caves and Bhaja Caves. With your knowledgeable private guide, explore one of these cave complexes to discover the early phases of Buddhist architecture, known as the Hinayana phase, and marvel at the incredibly detailed representations of Buddha carved into the rock walls. 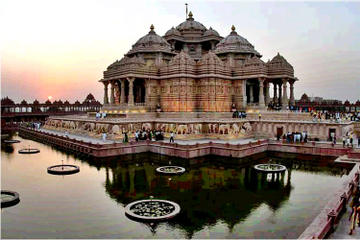 This tour takes you on a journey through the marvellous Akshardham Temple, where you’ll witness the enormity and beauty of this exceptional monument under the guidance and knowledge of a private expert guide. Visit the temple, appreciate its splendour, and watch the exceptional musical fountain show to experience Indian faith at its best.